Be a conscientious traveler to Timor Leste and Ataúro Island by understanding more about Ataúro’s history and culture.

Timor Leste is one of the newest countries in the world. It only gaining its independence in 2002. Because of that, this beautiful country is not well-known in global communities. Indeed it has been left behind by the global tourism industry. However, due to the hard work of many local organizations and with the respectful aid of foreign ones, the island has seen a rise in sustainable tourism initiatives and global awareness of this amazing destination. We’re looking forward to showing more visitors everything Timor Leste has to offer, especially Ataúro’s history. When traveling, though, it is important to consider the different ways that individuals experience their new destination’s culture, people, and history.

No matter where you’re traveling to, it is important for travelers to be understanding of the land we visit, the culture we’re interacting with, and the history of the country. This is especially true of countries with pasts marred by colonialism and stolen land, like Timor Leste. Being a culturally understanding, thoughtful traveler is the best way to honor the people and places you interact with. So before you lift off to Dili or take the boat to Ataúro, here’s a short history lesson. the Adade, the Humungili, and the Manroni. Each of these clans brought their own tradition, culture, and dialects–the mix of them led to modern Ataúro heritage. The linguistic map of Ataúro today still reflects the original three clans, and the cultural heritage remains strong. Many of our people’s practices, like religion, music, and language, all reflect the different influences felt by the colonization of our country. This makes our culture beautiful, diverse, and representative of our entire history.

Europeans first came to the island of Timor in the early 1500s when the Portuguese arrived. The Dutch quickly followed, arriving on the island of Timor several decades later. Early contact between Europeans and Timor’s peoples was not constant or very influential. It consisted mostly of resource extraction by the Portuguese and Dutch. However, the Dutch took control of the island’s western side in 1613. That portion of the island was then added to the Dutch East India Company and its control of modern-day Indonesia. For the other Europeans, though, Timor was not officially added to the Portuguese empire until 1702. This eastern half of Timor is a majority of what today is the sovereign nation of Timor Leste.

Early colonial Portuguese Timor was uneven and uncertain, but in general, the Portuguese neglected this Oceanic outpost. The Portuguese had to compete for control with Dominican friars, Dutch colonizers from the West, and steadfast Timorese locals. So, since their apathy was furthered because they were met with resistance, in effect the Portuguese only operated the port capital of Dili, facilitating trade from there. The rest of the island was mostly left alone.

That being said, although the island was split between the Dutch West and the Portuguese East, there remained tensions between the two European powers. They continued to fight for the land. Ataúro was one such fight. The two powers fought over the well-placed island just north of Dili. However, with the Treaty of Lisbon in 1859, Ataúro’s history was radically changed. With the treaty, the island was established as part of Portuguese Timor, not to be touched by the Dutch.

Much like Australia was for the British Empire, Timor Leste quickly became a prison for political dissidents and criminals. The island saw the mass importation of criminals in three major waves: 1896, 1927, and 1931. Portuguese Timor was a jail for many locals as well. The small island of Ataúro took on a particularly large role in this Portuguese prison complex. You can even view the remains of this jail on the island today during a Tuk Tuk Cultural Tour of Vila.

After the Indonesian invasion of East Timor in the 1970s, the Indonesian government continued the trend of using Ataúro as a jail, sending political prisoners en masse.

Where is Ataúro Island and What Is It Like?

Ataúro is a small island to the North of Timor Leste, around 20km from the capital city of Dili. Although merely 25km long, the island harbors a fascinating diversity of animals, ecosystems, landscapes, and people. Such biodiversity can be seen in the bird populations–the island has been named an Important Bird Area–but also in its underwater life. Ataúro’s waters have the highest diversity of fish of any place on the planet! The coral reefs surrounding the island are also some of the most vibrant and healthy on Earth.

The natural beauty of Ataúro is one of its main attractions to modern travelers now. Whether scuba diving, whale watching, or hiking in the mountains, Ataúro has something to offer all travelers. Unfortunately, Ataúro’s history of being a prison remains in the culture and experience of the locals today.

The people of Ataúro island are mostly Protestant, despite nearly 98% of East Timor’s population being Roman Catholic. We have our own unique blend of Christianity, though, mixing our religion is with local traditions and ancient animist beliefs.

Much of our population is dedicated to tourism or agriculture. In fact, most of Timor Leste’s workers–about 80%–work in the agriculture industry. Many of our people work in fishing, doing so in a sustainable, local way that ensures our beautiful waters and biodiversity are not tarnished. As for tourism, ATKOMA is the island’s destination management organization. We organize housing accommodation, food, tour itineraries, and much more for the entire island. For further exploration of destination management organizations, you can refer to this article here.

The people of East Timor have a beautiful tradition of respecting their land called Tara Bandu. Tara Bandu is a customary law practiced by many of the people in Timor Leste. It governs the relationship between humans and non-hum 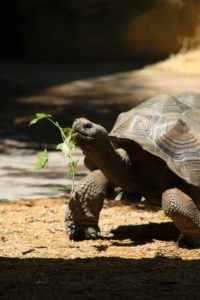 an entities, like plants, animals, and other aspects of nature. The laws can encompass any variety of restrictions on human interactions with things in our environment. Each community defines their own local laws to be specific to each environment and culture’s needs.

For example, in Suco Makili, a village in Ataúro, turtles are considered lulik, or sacred, per the local Tara Bandu. Thus, we prohibit catching and killing turtles. This sort of law is widely accepted, followed, and revered by our people. Across all of Timor Leste, it’s deeply ingrained in our culture and understanding of our environment.

Tara Bandu was outlawed during the Indonesian occupation of Timor Leste and as a result, our environment, crops, land, and home saw significant degradation. This ruined our diverse waters and sacred forests. Now we practice Tara Bandu again because it’s important to our culture and the future of our country.

As a visitor, you will be asked to pay a Tara Bandu use fee every time you swim or dive within a Locally Marine Managed Area. This money goes directly back to supporting our conservation efforts and ensures the preservation of our reefs and fishing grounds for generations to come. We encourage you to read more about our tradition here!

Your Travel to Ataúro: Sustainable Tourism

You may be wondering why you need to know about Timorese history or Ataúro’s history. After all, you’re probably visiting Timor Leste and Ataúro island for biodiversity, fun, beaches, and hiking. So what does it matter that Ataúro used to be a prison?

By visiting Ataúro, your money will be going to the local community. The

Restaurants, tour guides, hiking trails, and fishing areas are all run by local Timorese. When you visit and spend your money, you’re benefiting a community that has worked hard to keep the island beautiful and the culture vibrant. But regardless, tourists are on the ancestral land of the Timorese, and that deserves respect and acknowledgment.

By knowing our island’s history, you can be a more cognizant traveler with more in-depth questions to ask. By understanding the colonial past of Timor Leste, knowing the culture of its inhabitants, and being curious, you’re much more likely to be a conscientious traveler. Maybe this manifests itself through thoughtful conversations with a local fisherman. Or when you visit the Hole in the Ground Prison, you can ask questions about how this history affected the community. This means you won’t have to first ask about what it is you’re looking at.

Sustainable tourism is the practice by which we use tourism and traveling to benefit local communities. This can be environmentally, financially, or through cross-cultural exchange. By knowing the history of this amazing island, you’ve ensured that you will benefit the community more. 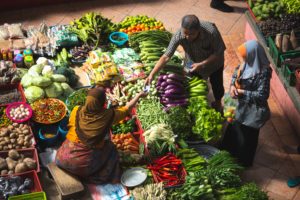 Exploring Ataúro’s History for Yourself

As the Destination Management Organization for the island tasked with bringing travelers in a sustainable and responsible way to our home, ATKOMA knows that the history of our island is deep and that many travelers may want to experience it. On our website, we offer guides to historical sites you may want to visit on Ataúro, linked here. We encourage you to apply the historical knowledge you have learned here to your travels; go see the Hole in Ground Prison, or the WWII Memorial. Experience the stories our island has to share.

After reading this blog, you’re one step closer to being a well-informed traveler to Timor Leste and Ataúro. We hope you have a wonderful trip and enjoy all this beautiful island has to offer. If you’re interested in how we can help you more with traveling to Timor Leste, contact us to learn more. You can email us at [email protected] or send us a WhatsApp message at +670 7737 5489 or +670 7597 3623.